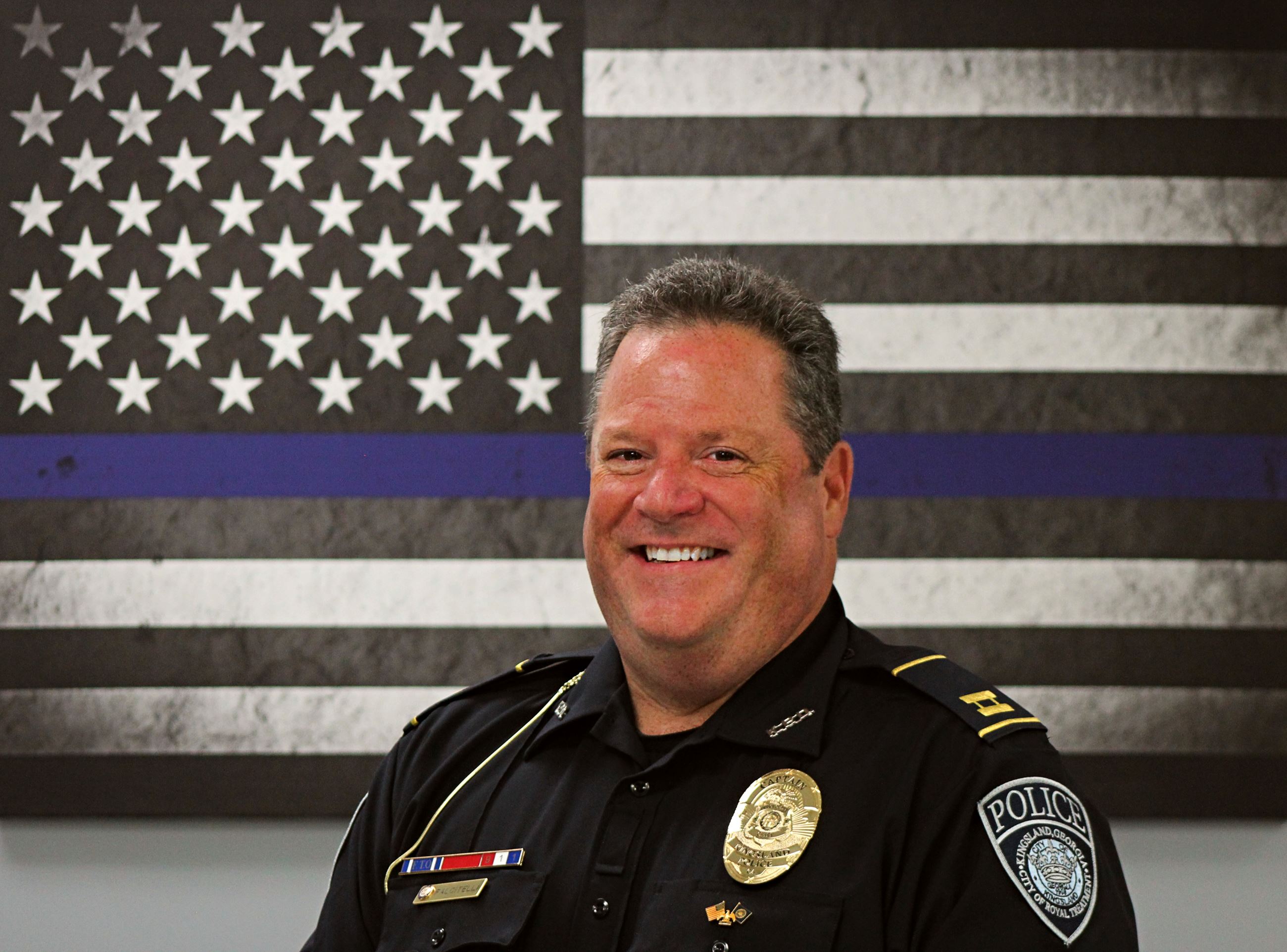 Captain Dan Falcitelli has approximately (26) years of law enforcement experience. He received his Bachelor of Science in Criminal Justice degree from Valdosta State University in 1993 and completed an internship with the Georgia Bureau of Investigation. In 1994 he attended the Abraham Baldwin Regional Police Academy in Tifton, Georgia and graduated as the Top Cadet. He began his career in Valdosta, Georgia working with the Lowndes County Sheriff’s Office as a correctional officer and later transferring to the Valdosta Police Department becoming a field training officer. In 1997 he joined the Remerton Police Department as head of investigations. In 1999 he transferred to the Cordele Police Department after his wife was promoted to an executive position with the American Cancer Society.

In 2002 he was hired by the Federal Bureau of Investigation. His first field office was in Detroit, Michigan where he was assigned to the Metro Fugitive Task Force. Later he was assigned to a reactive counter-terrorism squad and was the liaison to the Detroit Metropolitan Wayne County Airport as well

as the Windsor Tunnel and Ambassador Bridge. Additionally, he was in charge of the Joint TerrorismTask Force and became the main interviewer when dealing with person(s) associated with terrorism. He was later promoted to acting supervisor over the HUMIT squad. In 2007 he received an award from the Director of the FBI for dismantling a terrorist cell which had intended to harm the United States. In 2009 he was instrumental in handling the terrorism case known as the “Christmas Bomber”. In 2010 he was transferred to the Atlanta Field Office where he worked cases regarding domestic and international terrorism, critical infrastructure, nuclear proliferation, healthcare fraud, civil rights, and illegal narcotics with gang affiliations.

He left the FBI and in 2016 he was hired as the Executive Director for a (5) year Drug Free Community Grant issued from the Whitehouse and monitored by SAMSHA. He worked with the youth in Rome, Georgia to reduce drug usage. He won a prestigious award for his hard work in lowering the drug usage among the youth in Rome and was flown to Washington D.C. where he gave a speech in front of the Capitol Building.

Having missed being in law enforcement he joined the Atkinson Sheriff’s Office as an investigator in 2021 and later transferred to the city of Kingsland where he was hired as a Captain with the Kingsland Police Department in 2022. 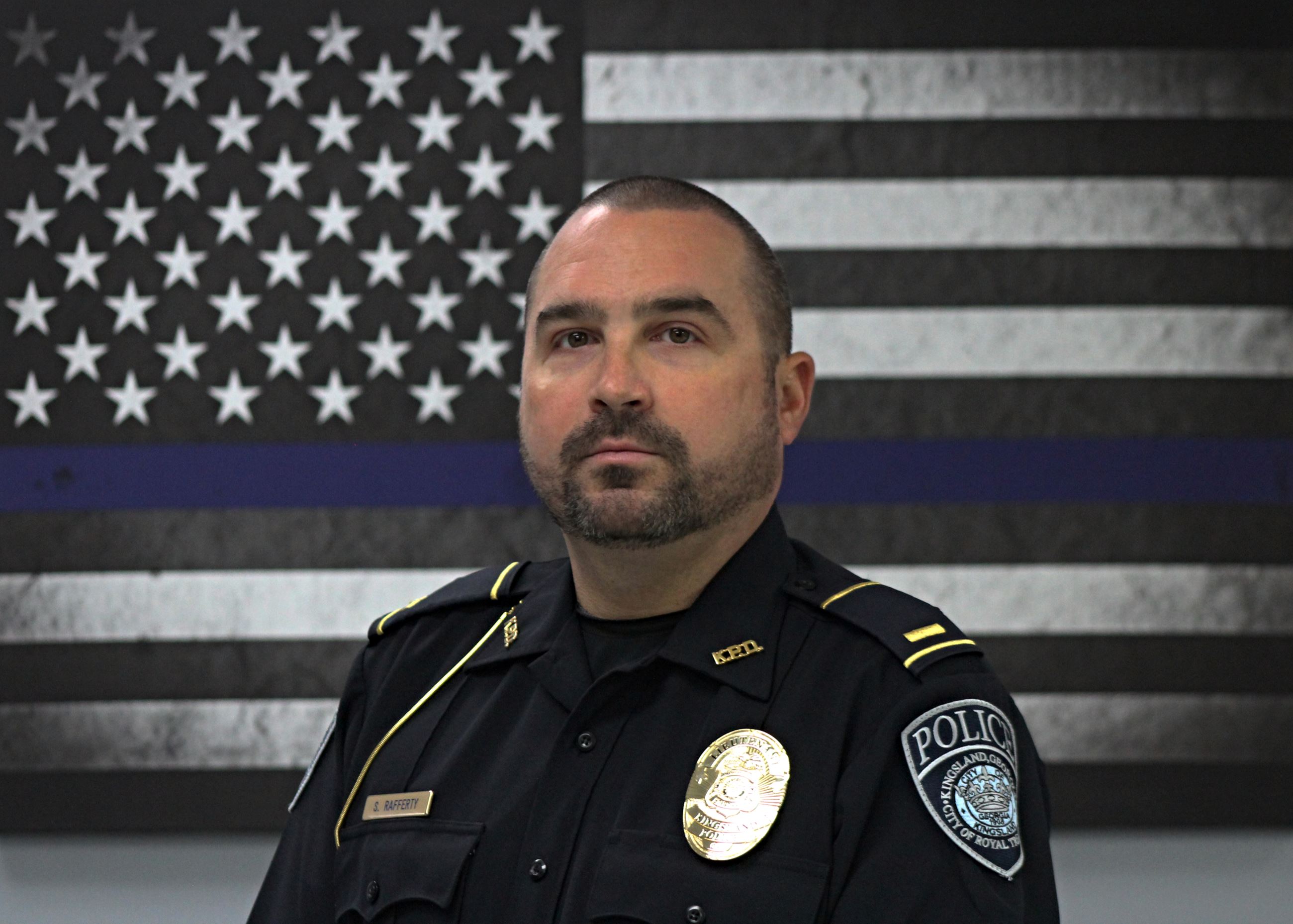 Lieutenant Sean Rafferty has approximately 15 years of law enforcement experience. He started his law enforcement career in New Jersey working several years as part time and full time special law enforcement officer. In 2011, he moved to Savannah, GA and joined the Savannah-Chatham Metropolitan Police Department. He worked there for approximately two years as a patrol officer and was also assigned to a specialized patrol unit with a focus on community involvement/crime reduction within the communities of Savannah, GA

In 2013, LT Rafferty moved to Camden County and joined the Kingsland Police Department. He has worked with KPD as a patrol officer, patrol sergeant, K-9 officer, investigator, and supervisor of investigations. He worked as a drug investigator on a joint task force with the Camden County Sheriff’s Office. In 2022, he was promoted to lieutenant.

LT Rafferty has an associate’s degree and currently resides in Kingsland. 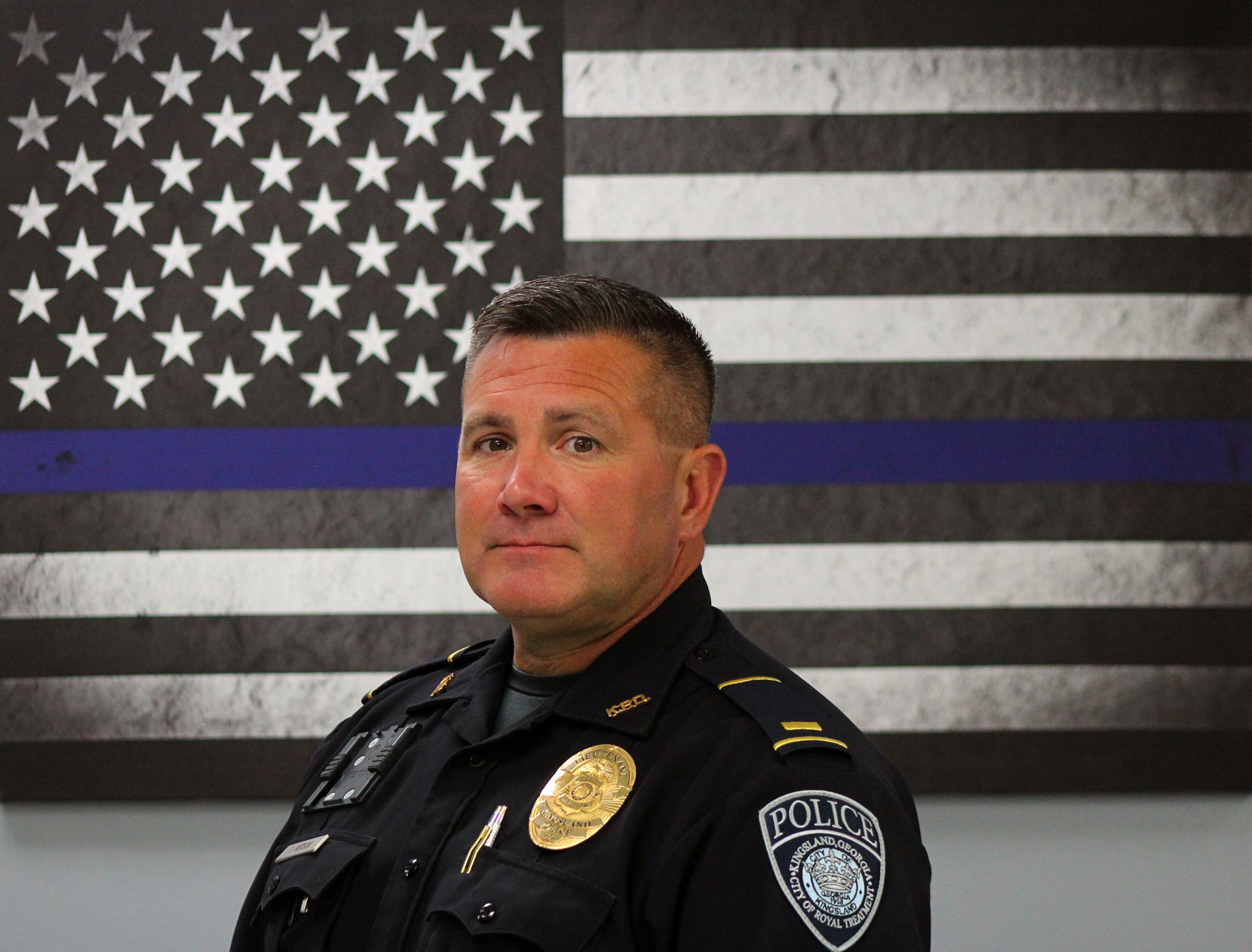 Lt. Iverson has approximately 29 years of law enforcement experience. He began his career in North Carolina in 1993 where he served with the Kill Devil Hills Police Department, reaching the rank of Corporal in the patrol division.

In 2005, he joined the City of Williamsburg Police Department where he reached the rank of Master Patrol Officer until he joined the Criminal Investigations Division where he served for five years, specializing in sex offenses and crimes against children.

In 2015, he joined the Gloucester County Sheriff’s Office and served as a patrol officer for fourteen months, until joining the Criminal Investigations Bureau, where he specialized in sex offenses and crimes against children. During his time with Gloucester he also served on their Special Operations Unit as a member of the entry team and the sniper cadre. He retired from Gloucester County in 2020 to move to St. Mary’s, Georgia.

In November of 2020, he joined the Kingsland Police Department, rising through the ranks of the patrol division to Lieutenant in August of 2022.

Lt. Iverson has over 120 hours of College education, he currently holds a General Instructor Certification in the State of Georgia, and has over 2000 hours of specialized Law Enforcement Training. 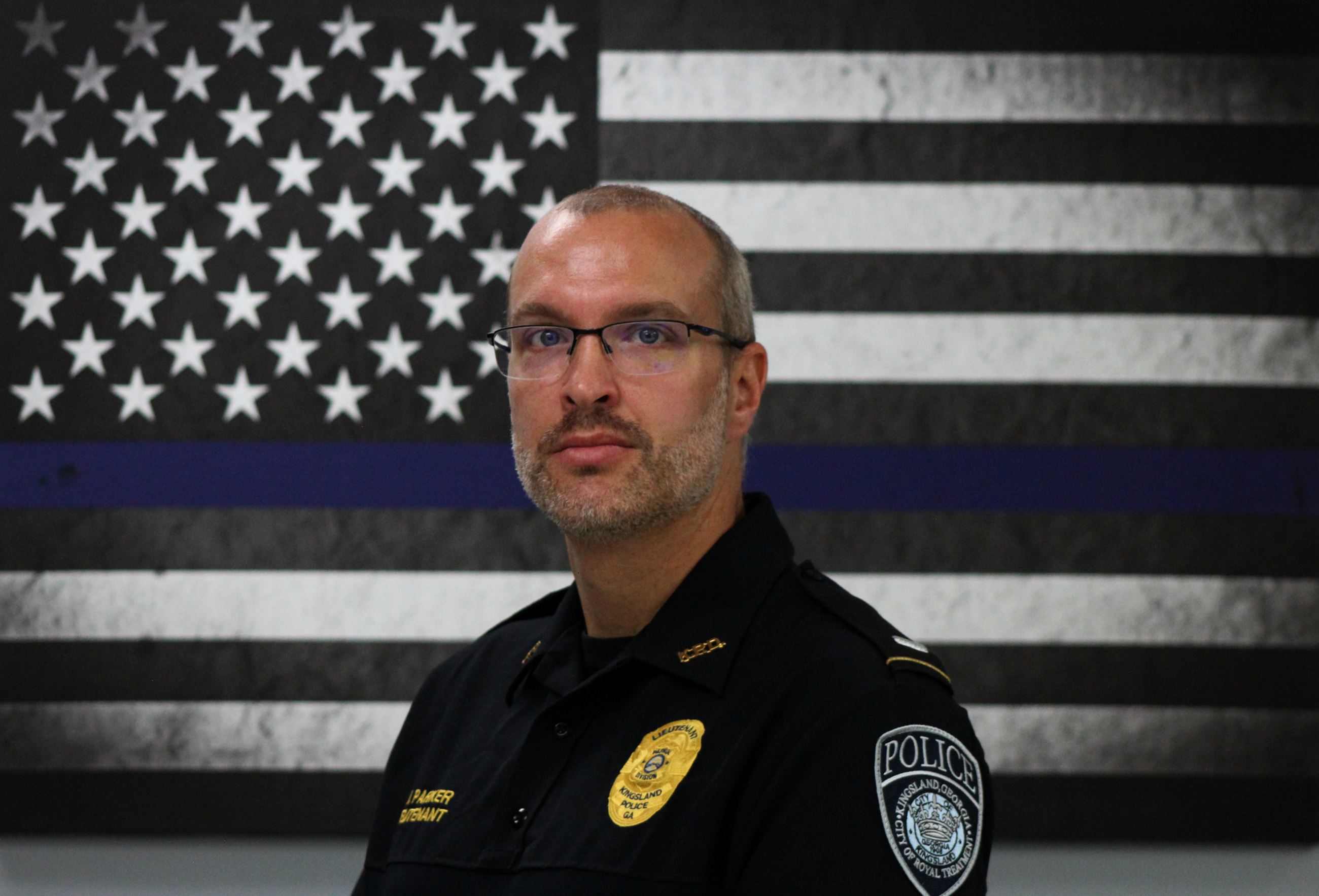 Lt. Parker has over 85 hours of College education, currently attending Thomas University to attain his bachelor’s degree. He also has graduated from the Professional Management Program sponsored by Columbus State University attaining his Supervision and Management certificates, and has over 1400 hours of specialized law enforcement training.